The EU will be the ones to pursue Turkey soon 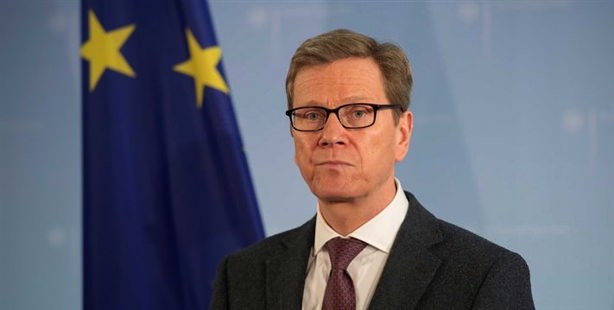 German Foreign Minister Westerwelle recently praised Turkey’s performance and stated that soon the EU will be the ones dependent on Turkey.

German Chancellor Angela Merkel recently stated that the 'privileged EU membership' concept is no longer high on the agenda. Expressing support for the opening of new chapters in EU negotiations with Turkey, Merkel also commented on the nation's advancing economy with praise. Referring to Turkey as a nation whose economy is progressing healthily, despite being in the IMF's clutches just ten years ago, Merkel said that Greece, with its deteriorating economy, could look to Turkey as an example.

German Foreign Affairs Minister Guido Westerwelle recently stated that the European Union needs to resume accession talks with Turkey without losing any more time. In response to the question, "In light of the developments in the Arab World, is Turkey approaching Europe faster than it was in the past?" posed in the German newspaper Saarbrücker. Westerwelle remarked, "Turkey is not demanding to urgently become a member of the EU. However, Turkey is right in requesting fair treatment, reliability and respect in the negotiation process. Over the past ten years, Turkey has written a breath-taking story of success," responded Westerwelle.

Turkey will be more desirable than the EU

Mentioning that developments have clearly shown that Turkey can act as a bridge for Europe to its Islamic neighbors, the German foreign minister went on to state, "We, the Europeans, need to use the first half of the year 2013 for opening up additional chapters to negotiations. Otherwise, in the near future, our interest in Turkey may be greater than Turkey's interest in us."