US provided funds and weapons to Iraqi Kurds in the past 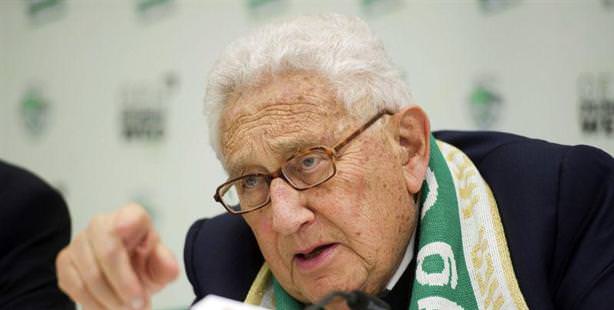 It turns out that in the beginning of the 1970’s, the United States offered financial and weaponry support to Iraqi Kurds in an effort to decrease Russian influence in the Middle East. The US in effect offered the Kurds support in order to make them the “bleeding wound” of the Iran-Iraq conflict.

The lifting of the confidentiality of US Department of State meeting records has revealed a series of interesting details, particularly involving Kissinger's involvement in arming the Kurds in Iraq as part of a plan devised by the Shah of Iran to destabilize Iraq with a Kurdish rebellion. The confidentiality was lifted for records from one particular meeting between former US National Security Advisor Henry Kissinger, US Ambassador to Tehran Richard Helms and National Security Council Member Harold H. Saunders, which took place on July 23rd, 1973 which clearly reveal the United States offered both financial and weaponry aid to the Kurds in northern Iraq in the early 1970's.

According to the records, when the Kurds requested additional weapons to be used against the Iraqi administration, they were denied and told they had sufficient weaponry and only financial aid would be allotted. During the meeting, Helms is quoted as having stated that all of the weapons designated in the program from the year prior had been securely dispersed. Helms goes on to state that he still does not feel Barzani needed to be given the full capacity for an attack and said that there was no way the Kurds could come out victorious against Soviet weapons.

Kissinger was recorded as responding by stating, "We need to be sure the Soviets take into consideration the fact that the Middle East is a quite expensive region to play games in." Kissinger went on to state, "We want the Soviets to know that the Arabs in the region will not walk with the Russians for free. I want the Kurds to have enough strength to become a bleeding wound in Iraq."