A CUL-DE-SAC in Israel 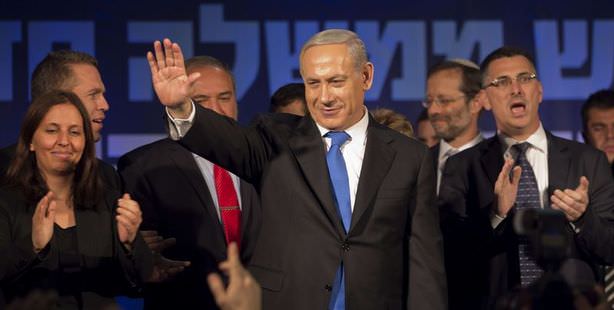 Israel’s critical election has come to a close. The decision for the 1948 Arabs to also visit the election polls worked to distinctively increase the number of votes.

The Israeli media has attempted to emphasize the reason behind this attendance to be the ever-so evident democracy within the country and has been displaying efforts to explain to the West just how far they have come. Meanwhile, the higher number of voters did not work to negate the expected election results. The Israeli Right did indeed seize the majority of the seats in Parliament. However, this does not necessarily mean that they will be able to establish a government on their own.

According to the results, Benjamin Netanyahu's 'Likud Beiteinu' alliance, joined by rightist parties, has secured 62 seats. The leftist parties, which include the Yesh Atid party, founded by former journalist Yair Lapid who decided to enter politics in the year 2012, have 46 seats altogether. According to this arithmetic, in the days to come there may be some serious huckstering taking place in Israeli politics.

Netanyahu, who was able to win the elections as the leading party and is a master at parliamentary calculations while also having the power of negotiation, will most probably take on the role of establishing the new Israeli government.

However, this does not mean that Netanyahu will be knocking on the doors of the rightist parties all at once. The reason being, that many pressing issues, spanning from establishing permanent peace with Palestine, to relations with other regional countries including the matter of issuing an apology to Turkey, will depend on the coalitions that Netanyahu will choose. Netanyahu will not be able to overcome all of these issues with Habayit Hayehudi aka The Jewish Home and the ultra-orthodox Shas, which are both the extremist wings and home to ultra-nationalist rightist militants that are fully committed to Jewish religious laws. Nor will Netanyahu be able to go on with one leftist and two rightist parties or conversely two leftist and one rightist party. It seems absolutely impossible for these parties, who maintain completely adversary opinions, to be able to bring the extreme points of both sides together to attempt to reach solutions to problems in Israel that have become entirely chronic.

If Netanyahu solely knocks on the doors of the rightist parties in an attempt to establish a government with them, regional problems will only double. Hatora, which does not want the establishment of a Palestinian State under any circumstances and Hayehudi and Shas, which desire for all Arabs to be banished and for the Jewish religious law to be adopted as the nation's fundamental principles, will not only incite the Palestinian problem but it will also be the precursor of a probable clash with Iran. At the same time, a radical government will only increase the problems along the southern border of the country; in other words with Egypt, which is currently undergoing critical decisions itself regarding change in the Sinai region. Under such circumstances, there is no need to even discuss the future of Gaza. Even though Netanyahu may decide on a coalition with a rightist party, they will not be able to do anything without Saul Mofaz, in other words, the Kadima party. Mofaz, who previously managed to join a coalition with Netanyahu for a period of five weeks, has two members in parliament. At this stage, the party will never accept a coalition unless it overtakes the Ministry of Defense.

According to the terms laid before us, it seems that every day there may be new political tableaus formed and a variety of interesting scenarios may surface within Israeli politics. Eventually a government will be formed. This may even result in Israeli politicians handing over their principles of harboring a nauseating love for power. Who knows, perhaps we may come across a similar coalition in Israel that resembles the DSP-MHP and ANAP coalition which led Turkey once upon a time.