Famous peacemaker rabbi passed away in the West Bank 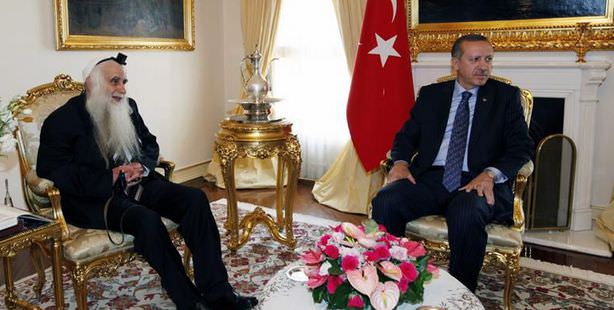 One of the staunchest supporters of establishing Israeli-Palestinian peace, 68-year-old Israeli Orthodox Jewish rabbi Manechem Froman passed away on Monday.

Rabbi Manechem Froman, known for being a peacemaker and negotiator with close ties to Palestinian religious leaders, who was a staunch supporter of establishing peace in between Israel and Palestine, passed away at the age of 68 on Monday in the West Bank settlement of Tekoa.

Rabbi Froman's son says that his father passed away after a long illness. Rabbi Froman, who also has a close affiliation with Palestinian leaders, became well-known for his condemnation of Israeli attacks on Palestinian mosques. In 2010, Rabbi Froman paid a personal visit to Prime Minister Recep Tayyip Erdoğan in Ankara to present a peace plan he had devised.