Obama: the man who made peace between Israel and Turkey 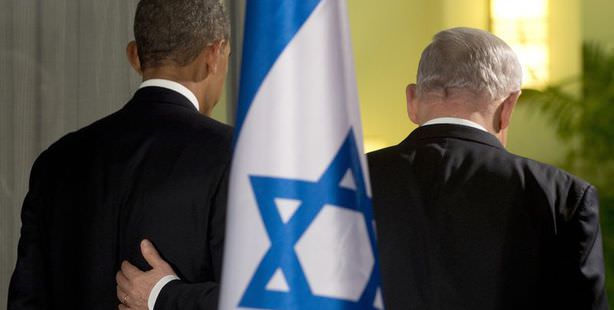 Israel’s apology to Turkey has made headlines in the world press. The EU, the UN and NATO have gladly welcomed this latest move by Israel to repair frayed ties with Turkey.

Just one day after a historical Nevruz, the Kurdish New Year, was celebrated in Diyarbakır, Turkey made headlines in the global press again yesterday when Israel formally apologized for the Mavi Marmara raid. Israeli Prime Minister Benjamin Netanyahu called Prime Minister Tayyip Erdoğan on Friday and apologized for the raid, which led to the deaths of nine Turkish citizens. The surprising apology, which took place on Obama's final day in Israel, made headline news on a number of leading media websites such as BBC, Al Jazeera, CNN and The New York Times.

The western press also added that reconciling relations between Turkey and Israel was the only diplomatic triumph the U.S. President had on his three-day visit to Israel and Palestine in which he offered no new plan to revive peace talks.

America's Washington Post newspaper wrote that Obama departed Israel for Jordan after reconciling the two regional powers. The Post also wrote that "Netanyahu appreciated Erdoğan's interview with a Danish paper in which he said he was misunderstood in remarks at a U.N. conference in Vienna."

The EU, NATO and the UN have all gladly welcomed Israel's apology to Turkey.

Meanwhile, Redhack, a Turkish Internet group that operates as an affiliate of Anonymous announced on Twitter that they hacked Mossad's official website.

"This is a work in progress. It's just the beginning. The timing was good for that conversation to take place and both of us agreed the moment was right to begin the process of rebuilding ties," said U.S. President Obama.

"I regret the deterioration of ties due to the Mavi Marmara raid," said Israel Prime Minister Netanyahu.

Erdoğan has spoken with both Palestinian President Abbas and Hamas Political Bureau Chief Meshaal. Hamas also commented on the development by stating, "Turkey has obliged Israel to bow down."