Upon pressure Germany decides to bend on nonsensical court regulation 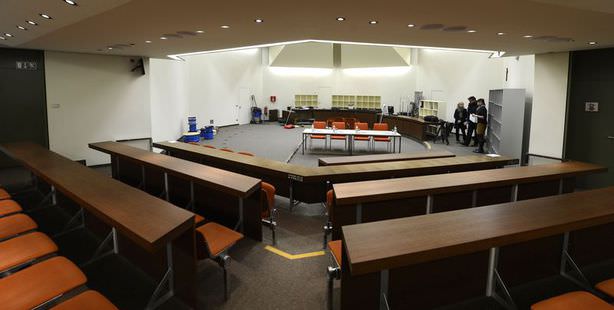 SABAH's reporting of a Bavarian court’s refusal to accredit Turkish press members for the upcoming trial of Neo-Nazi killings in Germany, regularly dubbed the “döner murders”, has drawn reaction in Germany. As a result, the German court has decided to slacken the strict restrictions in place on allowing Turkish press members to witness the high-profile trial.

An article published in Europe SABAH, entitled "We are filing a case", which reported on a German court's failure to reserve seats for press members from SABAH as well as other Turkish press institutions to witness the trial of the National Socialist Underground (NSU) Neo-Nazi terrorist organization responsible for killing ten individuals, eight of which were Turks in Germany, has reaped widespread reaction as well as results.

The incident surfaced as a result of the Munich court failing to reserve seats for the Turkish Ambassador and Turkish press members, supposedly due to the restricted size of the courtroom. The Munich court says that 50 seats were allocated for accreditation on a first come, first-serve basis, of which applicants filled within three hours. The court spokesman says that they are unable to allocate additional seats for the press due to legal regulations.

The upper regional court in Munich has since announced that Turkish press establishments may be able to attend the trial through waivers issued by accredited press establishments. Chief Judge Karl Huber has stated that the process of solely allowing 50 accredited journalists to attend the trial will remain in place. The court has also rejected the suggestion made by German politicians and legists that footage from the court room be relayed to another room where press members could be during the trial. Huber has instead expressed that Turkish press members will be allowed to enter the court on a first-come, first-serve basis if accredited institutions were willing to offer their own allocated seats. Huber noted that this would allow for German journalists to be able to provide the opportunity for their Turkish counterparts to cover the crucial event. Since this announcement, Germany's ARD television station has offered the seats reserved for their own press to Turkey's TRT and Bild newspaper has offered the seats they were allocated to Hürriyet.