In Germany, this is more than just a trial 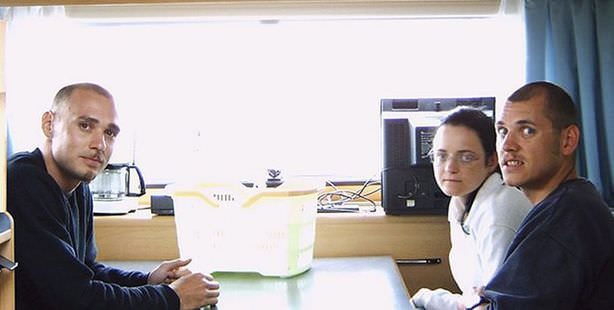 The trial of the remaining NSU (National Socialist Underground) member accused of the murder of ten people, eight of which are Turkish, starts today. This case, which puts Germany under indictment, will also be putting deep-rooted relationships in the nation into question.

The trial of the extreme right-wing NSU (National Socialist Underground)which is being accused of killing ten people, eight of which were of Turkish heritage, between the years of 2000 – 2007 in Germany, starts tomorrow. The trial against the NSU is the most sensational in German public opinion, and due to policies that have lead to suspicions of internal espionage the state will look to the case as a medium to issue a reply to the claims of the presence of a "deep state." The NSU, which at the moment is known to be a cell composed of three members, has caused an earthquake effect in German politics, the bureaucracy of security and throughout society. While new information surfaces daily on the background of the NSU and their connections and activities, the German public will be waiting on the trial to reveal the answers to the many suspicions that have since come to light.

The series of murders committed by the NSU have put both the German Police, and the nation's intelligence organization into question. Due to NSU's far right perspective, rumors that the government has kept a blind eye to the right has begun to circulate. Due to increasing accusations and suspicions, the German Parliament has formed a commission to deal with the NSU. The goal of the commission was to solve how the NSU kept the murders silent and how they were able to utilize the security information they had on hand. During these investigations suspicions were raised on how the Constitutional Protection Taskforce within the German internal intelligence service dealt with their knowledge of the NSU and how some of the related files were suspiciously destroyed. The taskforce soon came under pressure, and its president, Heinz Fromm resigned last year at the start of July. A huge scandal came about immediately after the Neo-Nazi murders came to light, when it was discovered that the taskforce obtained information from a Far Right journalist, and then claimed that they accidentally destroyed that information. This development was followed by the successive resignation, one after the other, of four directors of internal intelligence services from different states. The German public is still seeking answers on how the NSU was able to avoid detection whilst committing 14 robberies and 10 murders. Due to the unavailability of adequate answers from the Internal Service, rumors that the NSU and the Internal Service were connected are gaining strength. Because of this it is commonly debated whether NSU members Uwe Mundlos and Uwe Bönhardt did in fact commit suicide, or whether there was another party involved. Another issue raising questions revolves around how the intelligence agency found a bomb-making factory in an NSU garage after their first demonstration, yet still somehow managed to lose track of them.

Is the NSU more than a cell?

During the investigations into the NSU, information contrary to the belief that the NSU was an organization composed of only 3 people has surfaced and some details suggest that they consist of a larger circle. In an issue from last march, the newspaper "Bild am Sonntag" suggested that Böhnhardt, Mundlos and Zchaepe were assisted by a total of 129 people in terms of obtaining false documents, funding, and acquiring weapons. The fact that some of Zchaepe's documents were found in a German prison complex with a group of Neo-Nazis suggests that the NSU were a much larger group then previously believed. In the NSU trial, five people will be going to trial, two of which are being held under arrest. A further eight people are being investigated on allegations that they supported the NSU. It is predicted that the trial will take up to two years.

This is a translation of an article originally written by Ismail Erel.