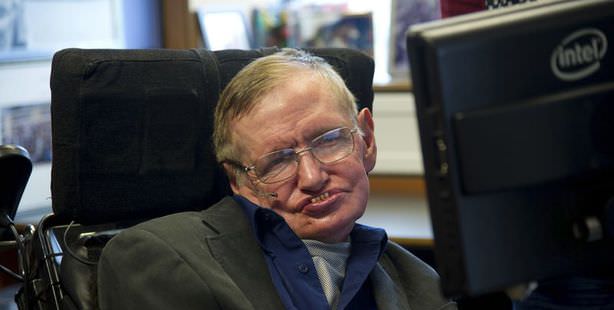 The British cosmologist Stephen Hawking has pulled out of a prestigious Israeli conference as part of an academic boycott to protest against Israel's occupation of Palestinian lands.

After conflicting explanations were given for Stephen Hawking's decision to boycott a prestigious Israeli conference, a spokesman for the British Cambridge University confirmed that the wheelchair-bound 71-year-old scientist who suffers from ALS syndrome was in fact snubbing the annual event, organized by President Shimon Peres, as part of the boycott and was not bowing out due to previously assumed medical reasons.

"We have now received confirmation from Professor Hawking's office that a letter was sent on Friday to the Israeli President's office regarding his decision not to attend the Presidential Conference, based on advice from Palestinian academics that he should respect the boycott," the spokesman said.

The following is an excerpt from Hawking's letter to the conference organizers in which he explained his decision: "I have received a number of emails from Palestinian academics. They are unanimous that I should respect the boycott. In view of this, I must withdraw from the conference. Had I attended, I would have stated my opinion that the policy of the present Israeli government is likely to lead to disaster."

Numerous figures from the world of art and entertainment have refused to perform in Israel in recent years as part of an effort to promote the Palestinian cause, including British singer Elvis Costello and the U.S. indie rock band the Pixies. Hawking, who has won international recognition for his work on black holes, had been flagged as a major speaker at the conference, alongside former U.S. president Bill Clinton and former British Prime Minister Tony Blair. By snubbing the event, Hawking, author of the best-selling "A Brief History of Time", has become one of the most prominent scientists to join the boycott movement. His name was quietly withdrawn from the list of participants this week and the organizers on Wednesday criticized his withdrawal.

"The academic boycott against Israel is in our view outrageous and improper, certainly for someone for whom the spirit of liberty lies at the basis of his human and academic mission," conference chairman Israel Maimon said in a statement.