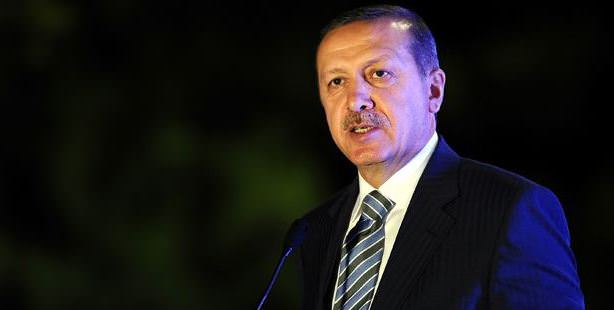 Turkey's prime minister is charging that the Syrian government has used chemical weapons against its people and has called on the U.S. to take stronger action, he told NBC News' Ann Curry in an exclusive interview Thursday.

Erdogan gave no specifics about when and where the weapons were allegedly used, but he said he believes President Obama's "red line" for the U.S. in deciding whether to take action has been crossed.

"It has been passed long time ago," said Erdogan, who is meeting with Obama on May 16.

"We want the United States to assume more responsibilities and take further steps. And what sort of steps they will take, we are going to talk about this."

Erdogan cited as evidence the "remainders of missiles" — at least 200 by his count — that he believes were used in chemical attacks, along with the injuries of Syrians brought over the Turkish border for medical treatment.

"There are patients who are brought to our hospitals who were wounded by these chemical weapons," he said.

Erdogan rejected any suggestion that the rebels might have used chemical weapons.

"There is no way I can believe in this now. First of all, how are they going to obtain this? And who will give this to them?" he said.

A member of the United Nations' commission on Syria claimed this week "strong, concrete suspicions but not yet incontrovertible proof" that the rebels has used sarin gas, but the panel quickly backed away from those claims -- adding that it had "not reached conclusive findings as to the use of chemical weapons in Syria by any parties to the conflict."

The White House — which has said it has varying levels of confidence that sarin was used on a small scale in Syria — quickly threw cold water on the suggestion that the rebels were to blame.

Erdogan said he could not confirm that sarin was used in Syria. "We don't have such a finding yet," he said.

Asked whether Turkey would support a U.S.-enforced no-fly zone in Syria, Erdogan said, "Right from the beginning...we would say 'yes.'"

He denied that Turkey has provided military support to the rebels but said his country has spent nearly $1 billion on aid to 300,000 refugees from Syria.

"We keep the open door policy because they are fleeing oppression." Erdogan said.

Erdogan said he has heard reports that Assad's wife and children have already left Syria, their lives "ruined" by him.

"The thing he should do now is to leave Syria," he said. "Sooner or later, the opposition are going to get him."