A transition plan without Syria’s al-Assad 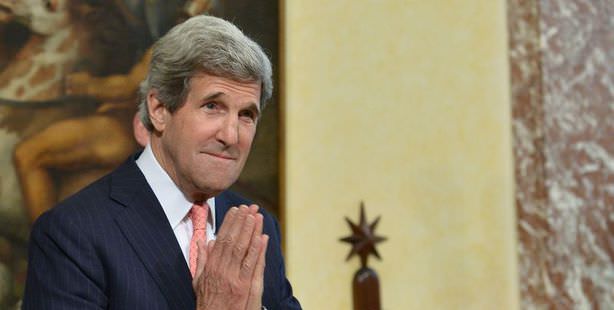 U.S. Secretary of State John Kerry has announced that a consensus has been reached on the need to establish a transition government in Syria in order to bring the crisis to an end. Kerry also said that this meant, President Assad would not be a part of this government.

U.S. Secretary of State John Kerry, who recently paid a trip to the Russian capital of Moscow in order to discuss the Syria crisis, announced with his Russian counterpart Sergei Lavrov that they had agreed that Washington and Moscow would seek to organize a conference on Syria and expressed hope it could be held this month. Kerry emphasized that a transition government would have to have the "mutual consent of both sides, which clearly means that in our judgment President Assad will not be a component of that transitional government."

While holding a series of meetings in the Italian capital of Rome, U.S. Secretary of State John Kerry announced that they would be offering 100 million dollars of additional assistance to the opposition. Kerry also had the opportunity to meet with Jordanian Foreign Minister Nasser Judeh, during which he emphasized that Jordan was a key player in establishing peace in the Middle East.

The decision for the United States and Russia to organize an international conference in which the Syrian regime will meet with the opposition was welcomed widely all over the world including by the Arab League.

FORD MEETS WITH THE OPPOSITION

During his trip to Moscow, John Kerry was accompanied by the U.S. Ambassador to Damascus Robert Ford, who later flew on to Istanbul to meet with the Syrian opposition.

According to an article in The New York Times, Ford met with representatives of the Syrian opposition to push an agreement to talks with the Syrian regime. The article states that positive signals were received in the talks and that the opposition is not entirely opposed to meeting with the Assad regime in an effort to establish a joint resolution, however they did put forth certain conditions.

In other news, Israel has asked Russia not to sell Syria an advanced air defense system which would help Assad fend off foreign military intervention as he battles a more than two-year-old rebellion. "We have raised objections to this (sale) with the Russians, and the Americans have too," an Israeli official told Reuters.