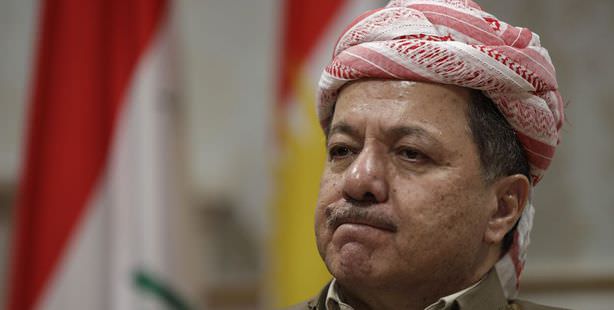 Upon a stern warning by Iraqi Kurdish Regional leader Barzani, the PKK’s Syrian offshoot, the Democratic Union Party (PYD), has released 75 Kurdish politicians from the Kurdistan Democratic Party (KDP) that were abducted by the organization last week.

Following a stern announcement made by Iraq's Kurdish Regional Government President Massoud Barzani, the Democratic Union Party (PYD), the PKK's Syrian wing, has released the 75 members of the Syrian Kurdistan Democratic Party they had abducted last week. The tension between the PYD and the leader of Iraq's Kurdistan Regional Government President Barzani hit a peak when the PYD kidnapped 75 members of the Syria Kurdish Democratic Party on Saturday.

Criticizing the PYD for declaring itself as the representative of the Kurdish population in Syria, Barzani warned the PYD that if the abducted individuals are not released by Sunday night, they will pursue a different course. When the PYD failed to abide by the deadline, Barzani moved to shut down the Semalke border between Iraq and Syria, a border crossing which holds high significance for the PKK. In a harsh statement issued on Monday, Barzani stated that the PYD is arming itself in a dirty and shady manner and that from here on out they would no longer be in contact.

Barzani stated that they want to ensure there is always harmony amongst the Kurdish party and groups in Syria and said; "We have made efforts to this effect. It is for this reason we brought them together at the Supreme Kurdish Council held last year. We have maintained the same position since then as brothers with all groups. Unfortunately there is one side that has increasingly armed itself with bad intentions. This group continues to distance itself further from the agreement reached in Arbil as each day passes. In fact they have even killed Kurds, abducted and detained them. They failed to grant the rights to exist to members of other political parties. No party or group can consider itself to be an authority over others until a free election is held in Syria. In light of this situation we are obliged to put forth our position. If the Arbil Agreement is not adhered to, we will pursue new decisions."

The PYD responded to Barzani's statements by releasing the 75 members of KDP, known for being closely connected with Barzani. PYD representative Dr. Jafar has purported that the individuals abducted had illegally entered Syria.