Turks residing in the U.S. to hold rally against Taksim protesters 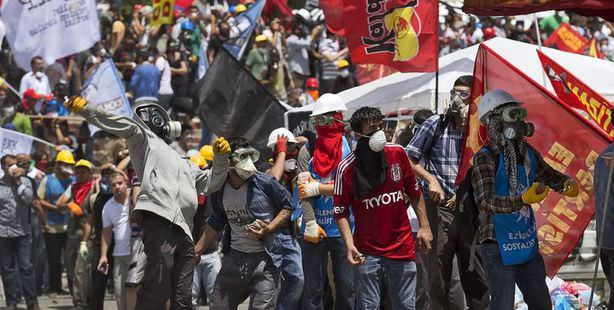 A foundation entitled the “Every Thing for Turkey Platform” (Her şey Türkiye İçin Platformu) has announced they will be holding a demonstration in New York aimed at preserving Turkey’s best interests.

The foundation, formed in conjunction with member associations of the New York based Federation of Turkish American Associations as well as a number of trade organizations and civil activists, has announced they will be holding a rally for Turkey in New York on Saturday, June 15.

This platform, which was formulated via social media, is intent on protecting Turkey's best interests and therefore aims to point out that the protests triggered by Taksim's Gezi Park are now transforming into demonstrations seemingly to Turkey's detriment.

The platform underlines that they want their demonstration to be a declaration that Turkish nationals do not share a uniform mentality and that to distribute foreign nation's flags at protests in America and to conduct propaganda for anti-Turkey demonstrations coupled by the advertisement released in the U.S. press regarding the Gezi Park protests, are all measures geared towards harming Turkey's national image.

The platform, which consists of Turks residing in the U.S., also aims to alleviate concerns of the hundreds of thousands of American citizens considering visiting Turkey by relaying the message that the situation is not as dire in Turkey as it is being portrayed.

Describing their sole intentions as being to correctly portray in image of Turkey on the American public, via social media the platform writes, ''This platform has been established by those who want to stand by their country against the aligned anti-Turkey mentality that has surfaced as a result of the nationwide protests triggered by Gezi Park.

There are all types amongst us that have gathered within the shared framework of patriotism. Although we believe in the sincerity of those who participated in the protest during the initial days, due to the international scope it has reached at present, we believe it has now reached a state of threat to our nation's integrity and stability.

We would like to point out that the advertisement released in the U.S. media, stated to be written by the ''People of Turkey'', was in fact drafted by individuals attempting to speak on behalf of all segments in the nation and does not accurately reflect the Turkish-American community and has extremely offended our patriotic citizens.

The protests that have been held in the United States have quickly turned into an exhibit of other nations' and organizations' ambitions regarding Turkey and an environment which has allowed them to vocalize their own causes.

This platform has been founded with the intention of establishing the grounds to organize a demonstration in which people who are open to any form of democratic solution in light of the aforementioned issues can be able to freely express their views."