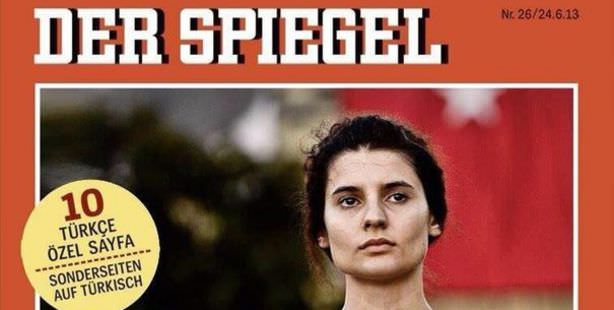 Germany’s famous Der Spiegel magazine has taken the opportunity provided by the Gezi Park protests to prepare a special 10-page supplement in Turkish covering the events in their 26th volume, entitled “Boyun Eğme” (Do not Surrender).

Germany's highly circulated weekly magazine, Der Spiegel, is for the first time ever distributing an issue with a Turkish title. In addition to titling the periodical's 26th volume "Boyun Eğme" (Do not Surrender), the magazine is also issuing a 10-page supplement on the Gezi Park protests in Turkish. The magazine's Publication Manager Assistant, Klaus Brinkbaeumer commented on the report by stating, "We wanted to show that the events in Turkey effect Turks, Germans, Europeans and everybody."

It will be distributed in Turkey

Der Spiegel, which has caught flack in the past for publishing controversial covers regarding Turks and Muslims, and has offended the families of the neo-Nazi NSU murder victims through false reporting. The magazine has also inferred that the large numbers of Turks residing in Germany "were the least harmonious".

Inferring that the German language speaking capabilities of the three million Turks living in Germany is insufficient, Brinkbaeumer stated that, "Erdoğan's government's reaction to peaceful protestors was concerning for a country where Germans vacation and for a country that is a candidate for the EU". It was also stated that this issue of Der Spiegel would be published in greater quantities and would be distributed in Turkey.

Speaking in their language

"We are happy that the Turks and those of Turkish origin in Germany and Turkey will be able to read the report published in both German and Turkish" said Brinkbaeumer. It has been reported that the key theme of the report prepared by the publication house was the "Fragmentation of Turkey" and that the divide was said to be between "Erdoğan's conservative supporters" and "protestors from all walks of society".