No peace for Uighur Turks once again 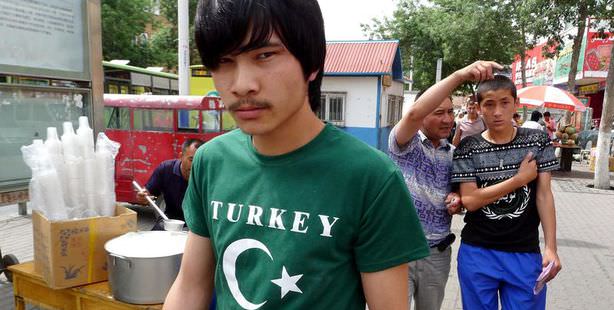 The press has sufficed to refer to the incident as rioters attacking police wielding knives; however this latest unrest, in which 27 people were killed, was the deadliest since July 2009, when nearly 200 people were killed in riots pitting Uighurs against ethnic Chinese in the region's capital Urumqi. The reasons for the attacks were not immediately clear.

According to China's official news agency Xinhua, Wednesday's unrest erupted at about 6 a.m. in the remote township of Lukqun, about 200 km southeast of Urumqi, the capital of the Xinjiang Uyghur Autonomous Region of the People's Republic of China. Gangs attacked Lukqun's police stations, the local government building and a construction site, stabbing people and setting fire to police vehicles. Nine policemen and security guards and eight civilians were killed before police shot dead 10 of the attackers, Xinhua quoted officials as saying.

There have been three arrests in connection to the incident. However, information has not been released on the identities of the perpetrators and the reason for the attack. The Chinese press has also refrained from publishing any photographs of the attack. Due to the controlled entrance of foreign press, detailed information has not yet been released on the conflict. It is also not possible to acquire any information on the incident through Chinese search engines.

There are nine million Uighur Turks residing in the 17 million-populated Xinjiang. It has been well-circulated that the Uighur Turk population is subjected to religious and cultural pressure. Conflict arises frequently due to Beijing's policies on the region, which is double the size of Turkey. Just last April, 21 people were killed in conflict which erupted between police and citizens. The Chinese administration called the incident a terrorist attack and put nine people in prison for religious extremism.