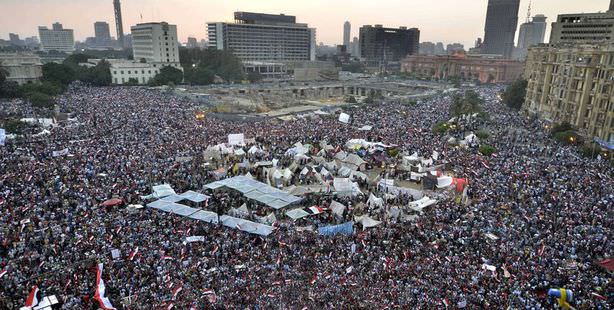 Egyptian President Morsi blamed the army for creating confusion, while the army says they do not have a culture of coups.

The Egyptian Presidency has stated that President Mohammad Morsi was not consulted on the statement released by the army stipulating an ultimatum by demanding a solution in 48 hours' time.

Army Spokesman Ahmed Mohammad Ali also released a statement last night, which assured the army has no intention of staging coup, and explained that the previous statement released by the military was made according to the climate of the streets.

The Military Spokesman said: "The culture and mindset of the army does not allow following a policy based on coups. Egyptian army had to enter the streets in 1977, 1986 and 2011 and never committed a coup. The army has always sided with the demands of change coming from the people. Today's (Monday's) statement was aimed to ask sides to work on a political reconciliation. The army will always be in line with democratic ideas based on the will of people.''

The Interior Ministry also issued a statement saying the police will act in solidarity with the army for the best interest of national security and interests of people and Egypt.

On Tuesday, Egypt's official news agency MENA announced that the Minister of Foreign Affairs Mohamed Kamel Amr has resigned. It has been alleged that the recent protests in Egypt were the reason behind his resignation.

With the resignation of Amr, the number of ministers leaving office since the June 30th start to demonstrations has risen to five. On Monday, the ministers of environmental affairs, communications, tourism and legal and parliamentary affairs also handed in their resignations.