US calls for release of Morsi 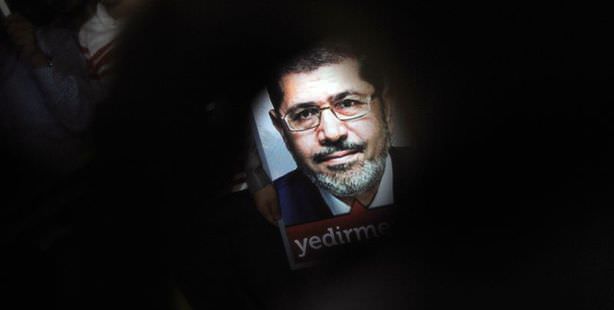 The US State Department announced on Friday that the United States agreed on the earlier call from Germany for the release of Egypt's first democratically elected president Mohamed Morsi who was unseated by a military coup in Egypt.

Speaking at a press conference, US State Department Spokeswoman Jen Psaki said they agreed with Germany's call for release of Morsi. Psaki called on the Egyptian military and interim leaders to free Morsi for the first time since he was detained over a week ago, "publicly" making the same request with Germany.

"We've expressed concerns from the beginning about his arrest and about the politically motivated arbitrary arrests of the Muslim Brotherhood members," she noted. While condemning arbitrary arrests, Psaki had previously refused to say whether the US administration believed Morsi should be freed. "We continue to call for the good treatment of those detained," Psaki said.

"We still continue to view these as politically motivated arrests, and still continue to believe that they should be released. US Ambassador to Egypt Anne Patterson has also met with the interim Egyptian president Adly Mansour," she said, expressing US concerns over arbitrary arrests in Egypt.
Reminding that Egypt's interim leaders laid out a plan, Psaki stressed that moving forward an inclusive process is what they would like to see.

"While we recognize that president Morsi was democratically elected ... it's about more than what happens at the ballot box. Most democratic transitions take years to take root and stabilize, especially following decades of autocratic rule," she added.

German Foreign Ministry Spokesman Martin Schaefer said earlier on Friday that they are waiting for the release of Egypt's ousted president Mohammad Morsi.

Underlining that any type of political distortion in Egypt would harm the future of the country, he also called on all pro-Morsi protesters to avoid violence and wanted impartial and reliable organizations to be allowed to enter the country.