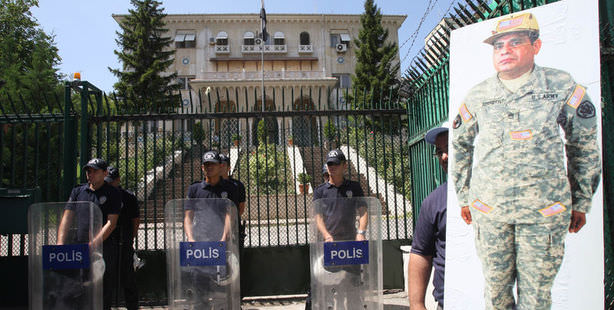 Turkey recalled its ambassador to Egypt for consultations, a foreign ministry official said on Thursday, following Ankara's condemnation of a bloody crackdown by Egyptian security forces on supporters of ousted President Mohamed Mursi.

Egypt reciprocated quickly, announcing that had recalled its ambassador to Ankara and giving the same justification in a brief statement reported by the state news agency.

The move comes shortly after Turkish Prime Minister Recep Tayyip Erdogan accused the West of ignoring bloodshed in Egypt and called on the U.N. Security Council to meet urgently to discuss the situation, where around 640 people have died in violence over the past two days.