Turkey engaged in 'secret diplomacy' with Egypt to meet Morsi 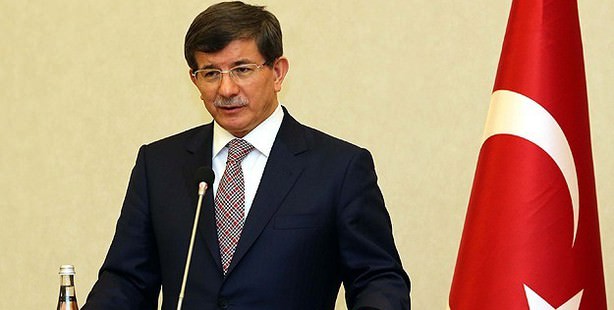 "If effective and active policy is to talk to the current administration without talking to Morsi, we will not do that. But if active foreign policy is to use secret diplomacy, even right now we are conducting it," said Davutoglu told a televised interview.

"I am declaring for the first time that through our ambassador in Cairo, we made a proposal to one of the most effective figures in current administration. And they replied: 'Davutoglu is welcomed since Egypt is his second country, but we cannot let anybody talk to arrested leaders.' This would only help legitimizing the junta administration. There is no way we will go to Egypt and come back without meeting Morsi."

About a possible Turkish mediation to resolve the crisis in Egypt Davutoglu said "in the absence of contact between the sides, mediation is not possible."

He added Turkey had been working day and night to convince all foreign ministers in the world to move into action.

"If we do not stop it now, Egypt will witness more deaths than Syria," he said.

Asked about the imminent release of toppled Egyptian leader Hosni Mubarak, Davutoglu said: "With Morsi still under arrest, release of Hosni Mubarak would reverse the process."

Responding to a question about Turkey's position on allegations of use of chemical weapons in Syria, Davutoglu said he talked to UN Secretary General and Iranian foreign minister for coaxing the Damascus regime to allow effective and unfettered probe into allegations by a UN investigation team which is currently in the country.

He said he had demanded UN Security Council to meet for discussing the claims.

The Security Council was set to convene on Wednesday in New York.

"My second demand was that the UN team should continue its investigations while they were still in Syria. We are sending a letter to Syrian regime with Britain to convince it give further authority to the UN team."

Davutoglu added he also talked to his Iranian counterpart to contact the Syrian regime, and added: "Iranians told me that Syrian regime had condemned the attacks, and it had said it was not responsible."

"Turkey would respond in the harshest way to the groups who committed the massacre," Davutoglu said, referring to Wednesday's possible chemical weapon attack in the suburbs of capital Damascus.

Syrian opposition blamed the attack on the Syrian regime which it said killed at least 1,300 people.