Turkey would join a coalition against Syria without UN mandate 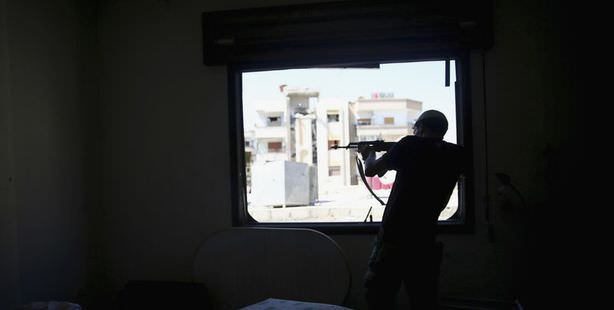 Turkish Foreign Minister Ahmet Davutoglu, speaking to Turkish media, said Turkey would join an international coalition if the UN failed to come up with a punitive response to President Bashar Assad's alleged use of chemical weapons against his own people.

Davutoglu said Turkey's priority is to act according to UN decisions, but the country would join a coalition if there was no UN mandate. The foreign minister said "36 or 37 countries" were already discussing alternatives.

"We always prioritise acting together with the international community, with United Nations decisions. If such a decision doesn't emerge from the UN Security Council, other alternatives would come onto the agenda," Davutoglu added.

Turkey has emerged as one of Syrian President Bashar al-Assad's most vocal critics during the two-and-a-half year conflict, sheltering half a million refugees and allowing the opposition to organize on its soil.

Meanwhile the main Turkish opposition rejects any possibility of intervention to Syria and saying a UN decision is a must.

Faruk Logoglu, Deputy Chairman of the main opposition Republican People's Party and a veteran diplomat said, "An intervention without any UN decision would burn entire region. FM Davutoglu is irresponsibly calling for a war with Syria. Turkish people don't want any type of clash with our neighbors."

"We don't defend the Al Assad regime either. There is a team of UN inspectors in Damascus and they didn't complete their work, yet. US, UK and France seem sure about chemical weapons having been used by the Syrian regime," he added.

On Monday Syrian Information Minister warned against any military intervention against his country and claimed a possible outcome of an attack would have "very serious fallout" and would result in "a ball of fire" consuming the Middle East.