Putin urges caution on Syria sends message to the U.S 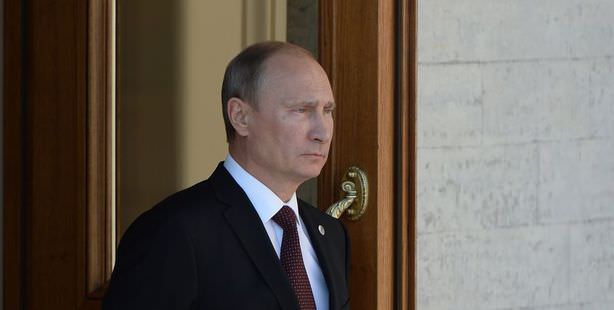 Russian President warned in an article penned for The New York Times that the United Nations could suffer the same fate as the annulled League of Nations, if "influential countries bypass the UN and take military action without Security Council authorization."

Russian President Vladimir Putin has warned in an article he penned for The New York Times that the UN could suffer the same fate as the annulled League of Nations, if "influential countries bypass the United Nations and take military action without Security Council authorization".

Saying that the recent events have prompted him to speak directly to the American people and their political leaders, Putin states in the opinion article that "The potential strike by the United States against Syria, despite strong opposition from many countries and major political and religious leaders, including the Pope, will result in more innocent victims and escalation, potentially spreading the conflict far beyond Syria's borders."

"A strike would increase violence and unleash a new wave of terrorism. It could undermine multilateral efforts to resolve the Iranian nuclear problem and the Israeli-Palestinian conflict and further destabilize the Middle East and North Africa. It could throw the entire system of international law and order out of balance," he added.

Putin, reiterating his country's opinion that the latest gas attack was carried out by opposition forces "to provoke intervention by their powerful foreign patrons", also stated in the article that Russia was not protecting the Syrian government "but international law".

The Russian president went on to discuss Russia's views on the UN and Syria by stating the following: "From the outset, Russia has advocated peaceful dialogue enabling Syrians to develop a compromise plan for their own future. We are not protecting the Syrian government, but international law. We need to use the United Nations Security Council and believe that preserving law and order in today's complex and turbulent world is one of the few ways to keep international relations from sliding into chaos. The law is still the law, and we must follow it whether we like it or not. Under current international law, force is permitted only in self-defense or by the decision of the Security Council. Anything else is unacceptable under the United Nations Charter and would constitute an act of aggression."

President Putin concluded the article underlining the equality of all countries: "My working and personal relationship with President Obama is marked by growing trust. I appreciate this. I carefully studied his address to the nation on Tuesday. And I would rather disagree with a case he made on Americans being 'exceptional', when he stated that the United States' policy is 'what makes America different. It's what makes us exceptional.' It is extremely dangerous to encourage people to see themselves as exceptional, whatever the motivation. There are big countries and small countries, rich and poor, those with long democratic traditions and those still finding their way to democracy. Their policies differ, too. We are all different, but when we ask for the Lord's blessings, we must not forget that God created us equal".