Kerry, Lavrov agree on Syria and for chemical weapons to be destroyed by mid-2014 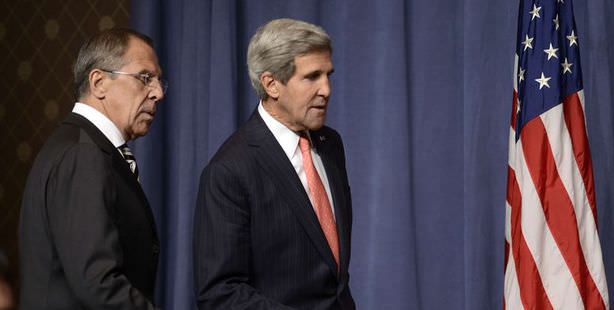 US Secretary of State John Kerry and Russian Foreign Minister Sergei Lavrov announced on Saturday they have agreed on a roadmap to destroy Syria's stockpile of chemical weapons by mid-2014.

Speaking to journalists following their three-day meeting in Geneva, Switzerland, the two ministers announced they have finally agreed on a six-point framework. Accordingly, Syria must submit details of the transfer of chemical weapons within one week.

The initiative further means international inspectors would be sent on the ground by November and the "destruction and/or removal" of Syria's chemical weapons would be completed by mid-2014.

Kerry said the Syrian regime would have one week to submit details on providing experts from Organization for the Prohibition of Chemical Weapons (OPCW) with "immediate and unfettered" access to its chemical weapons program. Kerry also said the UN Security Council would impose measures in case of non-compliance by the Assad regime.

Lavrov said the decisions reached today were only the beginning of the road, and added: "The deal says nothing about using force against the regime.

Kerry and Lavrov will reconvene in New York on September 28 for the UN General Assembly and plan to establish a date for a peace conference agreed by both parties to be held on the developments in Syria's weapons handover.