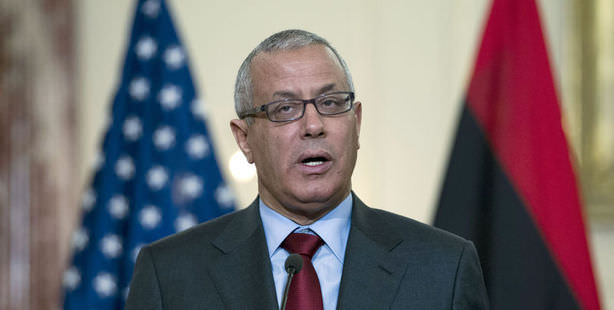 Just hours after Libyan Prime Minister Zeidan was kidnapped from a hotel in Tripoli Thursday morning by members of an armed militia, the Libyan government confirmed his release in the early afternoon.

Hours after Libyan Prime Minister Ali Zeidan was kidnapped by an armed group from a hotel in Tripoli, Government Spokesman Mohamed Yehia Kaabar announced that Zeidan has been released from his captors and is in good health. Kaabar declined to comment on the details of Prime Minister Zeidan's release or captivity; however he said that additional details about the abduction will be revealed soon.

Libyan Prime Minister Ali Zeidan was kidnapped from his hotel in Tripoli by an armed group early Thursday morning. In a statement released on a Libyan government website it was stated that the head of the transitional government, Ali Zeidan, was taken to an unknown destination for unknown reasons by armed assailants.

Conflict continues throughout the country since the overthrowing of former Libyan leader Muammar Gaddafi between rival tribes and Islamic groups that maintain control over certain areas of the country. Most recently, for example, the Fizan region announced its autonomy.

Libyan Government Spokesman Mohamed Yehia Kaabar told members of the press that unidentified assailants forcibly removed Zeidan from the hotel he was staying at in the capital of Tripoli and had taken the Prime Minister to an unidentified location.

Kabaar also announced that the government convened for an extraordinary meeting chaired by the Deputy Prime Minister to discuss the developments surrounding Zeidan's kidnapping and expressed that there was no verification of the reports that Zeidan had been arrested in connection to charges of corruption made by Chief Prosecutor Abdulkadir Rıdvan. The Libyan Chief Prosecutor also refuted reports that an arrest warrant had been issued for PM Zeidan.

Speculation is the kidnapping may have been a form of retaliation for the arrest of senior Al-Qaeda figure Abu-Anas al-Libi who was seized by US forces in Tripoli just five days prior for charges of being involved in twin bombings of US embassies in east Africa in 1998.