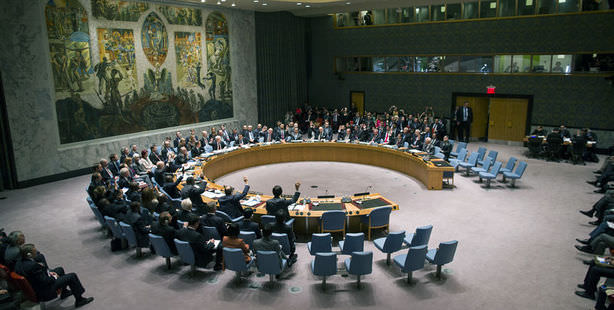 Saudi Arabia, which was elected as a non-permanent member for the UN Security Council, rejected its seat on Friday citing the council’s inability to sufficiently secure world peace and security.

Saudi Arabia turned down a seat as a non-permanent member of the UN Security Council on Friday, citing the council's ineffectiveness in dealing with international conflicts, securing world peace and security.
In a statement released on Friday by the official Saudi press agency SPA, the Saudi Foreign Ministry stated, "The kingdom sees that the method and work mechanism and the double standards in the Security Council prevent it from properly shouldering its responsibilities towards world peace."

Saudi Arabia has been an advocate of international intervention in the crisis in Syria and has publicly expressed discontent with the failure of the UN Security Council to take action on the Assad government. Citing double standards in the Middle East, the Saudi Foreign Ministry pointed out that the council has not been able to resolve the Palestinian-Israeli conflict nor managed to eradicate weapons of mass destruction in the region and stated that they would be unable to take their seat on the council until reforms are introduced.

Saudi Arabia, along with Chad and Nigeria, was elected on Thursday by the UN General Assembly to serve a two-year term on the UN Security Council.