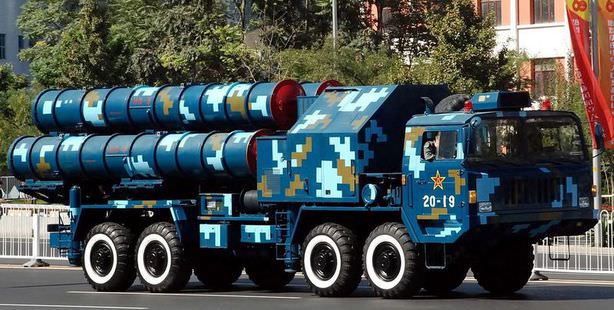 While Turkey’s decision to opt for negotiations with a Chinese firm for its long-range missile defense system tender continues to be echoed throughout the world, a very interesting detail has surfaced, which may explain the country’s choice.

It turns out China's proposal was the sole offer that conducted the prerequisite of a firing test as listed in the specifications of the tender. While the Russian, U.S. and French-Italian consortium candidate firms invited Turkey to attend their prescheduled drills and presented videos of firing tests, the Chinese firm CPMIEC conducted a specific firing test especially for Turkey.

In September, Turkey announced that it would begin negotiations with China Precision Machinery Export-Import Corp. (CPMIEC) on co-producing Turkey's long-range missile defense system, a deal worth $3.44 billion. China's FD-2000 competed against Russian firm Rosoboronexport' S-400, the U.S. partnership of Raytheon and Lockheed Martin for the Patriot air defense system and the Italian-French consortium Eurosam's Samp-T. Turkey's decision to work with the U.S. sanctioned Chinese firm CPMIEC on co-producing 12 long-range air defense systems has resulted in concern expressed by NATO, the U.S. State Department Deputy Spokesperson and the U.S. Ambassador to Turkey over the compatibility of the system with those operated by NATO allies.

Last month, Prime Minister Erdoğan commented on their decision to begin negotiations with CPMIEC by stating, "The Chinese firm is the only one willing to co-produce the defense system and they submitted the lowest price. They are the most comfortable in terms of third-country sales and the French-Italian consortium cost one billion dollars more. They also were not interested in joint investment and opening up to third-party countries. The U.S. system cost 200 million dollars over their price, while the Russian system was an additional four billion dollars higher."

Meanwhile, sources from the U.S. partnership of Raytheon and Lockheed Martin shared with Reuters plans to revise a new proposal for the Patriot system for Turkey's long-range missile defense needs. Upon embarking on negotiations with the Chinese firm, Turkey had extended the guarantee period with the U.S. and European firms that took place in the tender until January.

In another development, Turkey has relayed their request for the NATO Patriot missile defense systems positioned along the border with Syria to remain operative in the country for an additional year. NATO has responded affirmatively to the request and therefore it appears the Patriot systems that have been in Turkey since January will continue to remain operative.