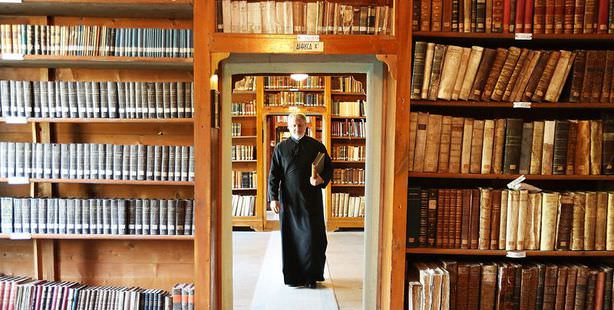 The Europe, Eurasia and Rising Threats subcommittee of the U.S. House of Representatives Foreign Relations Committee, unanimously approved legislation to call on the Turkish government to reopen the Heybeliada Halki Seminary.

The Europe, Eurasia and Rising Threats subcommittee of the U.S. House of Representatives Foreign Affairs Committee voted unanimously on legislation to call on the Turkish government to reopen the Halki Seminary on Heybeliada, one of Istanbul Princes' Islands on Tuesday.

The bill, which still has to pass the House Committee on Foreign Affairs before it will be voted on by the U.S. House of Representative, is an advisory decision and is not binding to enforcement. It simply advises calling on the Turkish government to consider reopening the Halki Seminary, formerly the Eastern Orthodox Church's Ecumenical Patriarchate of Constantinople, which was founded on the Princes' Island Heybeliada in 1844. The bill, which welcomes the reforms made in Turkey geared towards minority communities, simply requests that Turkey consider reopening the Halki Seminary without conditions or delay.

Congressman Gus Bilirakis, a ranking member of the subcommittee who presented the bill to Congress was the first to approach the floor during Tuesday's session and emphasized the importance of the centuries-old Halki Seminary for Orthodox Christians likening it to the significance the Vatican holds for Catholics. "While Orthodox Christians, and friends of religious freedom have appreciated, over the past decade, encouraging signs from the government of Turkey related to the impending opening of the seminary, the deal has not been done yet. The deal has not been closed. This resolution simply encourages Turkey to take that last affirmative step," stated Bilirakis adding that this a decision highly awaited by the over 300 million Orthodox members all over the world.

Ranking committee member Bill Keating addressed the floor stating, "The Justice and Development (AK) Party raised the hopes of Orthodox Christians all around the world when they announced they would re-open the seminary and a proposed democratization package seemed to be an appropriate channel for this change. However, many were surprised to see that the reopening of Halki was not included under the provisions of this package when it was announced." Mentioning that they are well aware of the great progress in Turkey, Keating stated that he feels it is not too late.

Committee Chairman and House of Representatives Turkey Friendship Group member Dana Rohrabacher expressed that Turkey, as an independent and proud nation, will make the decision based on its own values, however he said that there was no better message Turkey could send on reaffirming ties with the West and in displaying the positive intentions of the Turkish government and the Turkish public, than reopening the Halki Seminary.