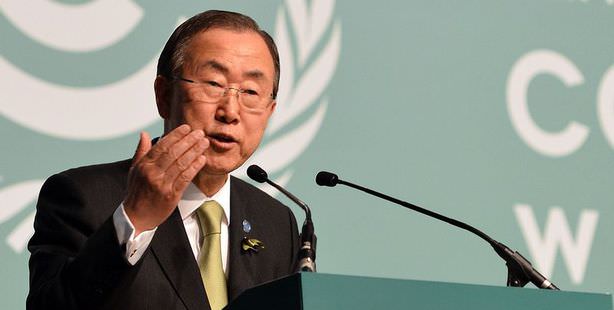 UN Secretary General Ban Ki-moon announced on Monday that the highly anticipated Geneva 2 conference on Syria will be held on January 22.

In a written announcement released on Monday, and penned by U.N. Spokesman Martin Nesirky, UN Secretary General Ban Ki-moon announced that the highly anticipated Geneva 2 conference on Syria will be held on January 22. The announcement expressed how pleased they were to announce the date of the follow-up Geneva Conference on Syria, which will bring the Syrian administration and the opposition together for the first time at the negotiations table.

"We will go to Geneva with a mission of hope. The Geneva conference is the vehicle for a peaceful transition that fulfills the legitimate aspirations of all the Syrian people for freedom and dignity, and which guarantees safety and protection to all communities in Syria," said Ban in his statement which also thanks the U.S. and Russia for their efforts as well as all other UN member nations and the UN and Arab League Special Envoy to Syria Lakhdar Brahimi.