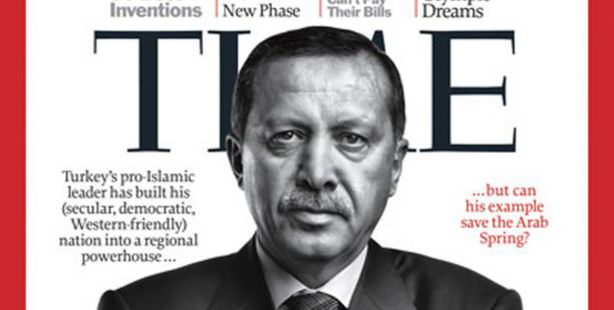 Prime Minister Recep Tayyip Erdoğan is currently ranked in second place for TIME magazine’s 2013 ‘Person of the Year’ poll with 15.9 percent of the votes thus far. Reader voting comes to a close on December 6 and the final winner will be announced on December 11.

Once again, Prime Minister Recep Tayyip Erdoğan is in the top running for the United States' popular TIME magazine's 2013 'Person of the Year' poll. Erdoğan currently stands in second place with 15.9 percent of poll votes. In first place, is American pop star Miley Cyrus with 23.8 percent of the vote. Erdoğan is followed by Chief Minister of the state of Gujara Narendra Modi and in fourth place is Egyptian Defense Minister Abdel Fattah el-Sisi.

Prime Minister Erdoğan is regularly at the top of TIME magazine's prestigious poll, which asks readers to cast their vote for the person they feel most influenced the news, good or bad. In 2011, Erdoğan was the readers' number one choice. However, TIME magazine's editors make the final decision and selected The Protester as the 'Person of the Year' for 2011. Last year Barack Obama was given the honors.

TIME's 'Person of the Year' is ultimately decided on by the magazine's editors, however readers have a chance to cast their votes up until December 6 and the results will be influential in the final decision. On December 11, editors will announce whom they have selected amongst the 44 candidates running which also include Syrian President Bashar al-Assad, U.S. President Obama, former US National Security Agency (NSA) employee Edward Snowden Nobel literature prize winner Alice Munro.