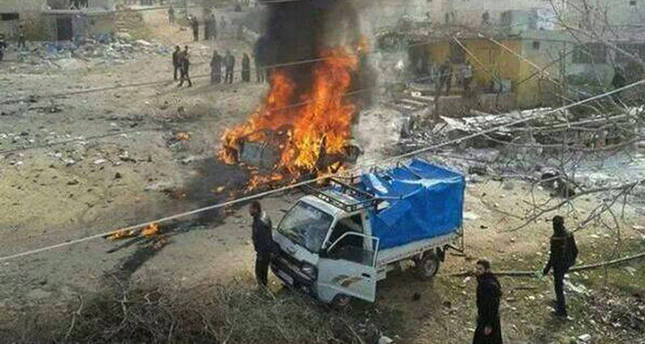 A car bomb blast on the main street of the central Syrian city of Homs shook the city on Thursday,

Beirut (AFP) - At least 15 people were killed and 12 others wounded in a car bomb blast in the central Syrian city of Homs on Thursday, an NGO said.

"At least 15 people were killed and 12 others injured in the Armenian district, which is home to mostly Christians and Alawites," said Rami Abdel Rahman, director of the Syrian Observatory for Human Rights.

Syria's President Bashar al-Assad comes from the Alawite community, a religious minority that stems from Shiite muslims.
Syria's state news agency SANA reported a "terrorist attack" on the main street of the district, "which caused deaths, injuries and damage."

The neighbourhood, in the east of Homs, is under government control.

Homs, once dubbed the "capital" of Syria's revolution for its prominent, well-attended anti-government protests, has been the scene of fierce fighting between the regime and opposition forces.

Part of its Old City under opposition control has been subjected to a tight government siege that has left several thousand civilians trapped.
In recent weeks, UN and Red Crescent teams were able to evacuate some civilians and distribute food and medicine to those remaining in the besieged neighbourhoods, but the operations have halted.