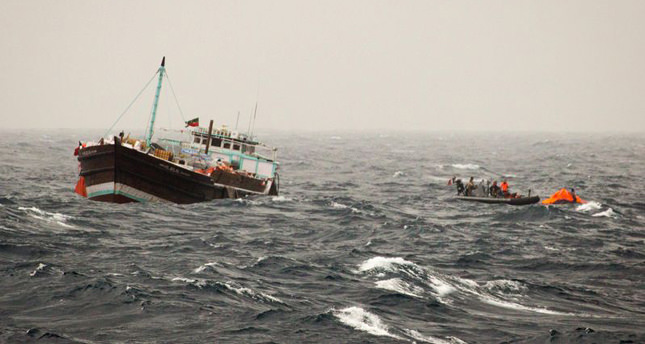 by daily sabah Mar 07, 2014 12:00 am
Syrian immigrants rescued from sinking boat A boat carrying eight illegal Syrian immigrants sank off the coast of Bodrum in southwestern Turkey late Thursday. Turkish coast guard officials rescued the immigrants, who had been stranded at sea for two hours.

The boat was travelling from Bodrum to the island of Kos in Greece when it capsized for an unknown reason. As they waited to be rescued, while holding onto the capsized boat, two immigrants managed to swim closer to shore and notified the coast guard.

All of the illegal immigrants – who were about to freeze to death – were rescued and hospitalized. Turkish security forces launched an investigation into the incident and are looking for the Turkish smugglers who helped the immigrants.