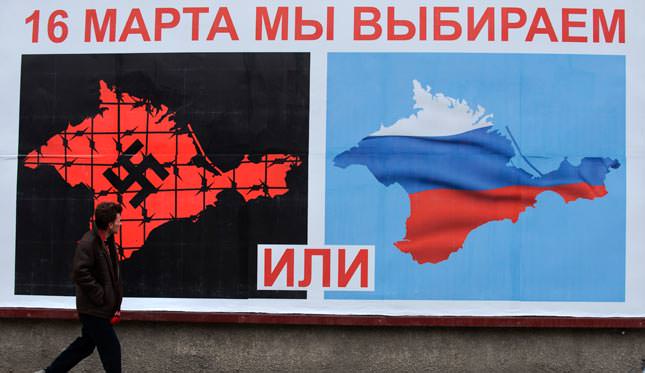 As the world displays increased interest in Black Sea oil and gas reserves, Russian President Putin's moves towards the Ukrainian province of Crimea are expected to change the regional energy balance

Ankara - Securing the interests of the world's leading gas companies, petroleum explorations in the Black Sea have gained momentum since 2006 with record level gas prices. However, Russia's move on Crimea has sparked new questions.

Purchasing the world's leading gas companies, including BP, Exxon-Mobil, Chevron and Petrobras, OMV has made an investment of 2 billion euros with the acquisition of Turkey's leading fuel distribution chain, Petrol Ofisi. OMV has begun negotiations with the TPAO to start drilling in the Black Sea; where it is expected to implement a deep drilling project in the western Black Sea. Experts say the cost of one drilling may reach $200 million.

Important steps have been taken in drilling activities in the Black Sea. It is stated that within its exclusive economic zone in the Black Sea, Romania has found more than 52 billion cubic meters of petroleum in the field of Neptune with the cooperation of Exxon and OMV.
Known as the biggest gas exploration, the Neptune is being developed by the Romanian gas company OMV and Exxon Mobil. While project activities increased after the exploration phase, Turkey found natural gas reserves in the region of Istranca off of Trakya in September 2012. After this, a drilling agreement was entered into with Shell. Currently, OMV wants to start another drilling project within Turkey's exclusive economic zone.

For the last two years, Crimea has come knocking at Turkey's door for petroleum and natural gas explorations in Ukraine. Crimea has also requested cooperation for common petroleum research and development in the Black Sea. Therefore, Russia's moves to take control of Crimea will cause significant changes to the geopolitical status of the Black Sea region. On condition that Crimea becomes part of Russia, Moscow has the right to acquire many petroleum research areas within the Black Sea. Besides, the exploration areas of Turkey will border on Russia.

Currently, Ukraine's three natural gas fields in the Black Sea are located off of Crimea. Petroleum companies, including Shell, Exxon Mobil and Petrom, continue to perform petroleum and natural gas explorations off the coast of Ukraine. Since these companies have not received positive results recently, they plan to open new drilling fields. Crimea's present change of legal status may leave the partnerships in doubt.

The TPAO has opened five deep-sea drilling fields in cooperation with the world's leading petroleum companies, including BP, Exxon-Mobil, Chevron and Petrobas. The drilling fields have reached depths of 5,600 meters. Starting in the 1970s, $4 million have been spent on activities in the Black Sea. However, $3.5 million were paid by foreign companies.