Sanctions on Russia can cause negative domino effect 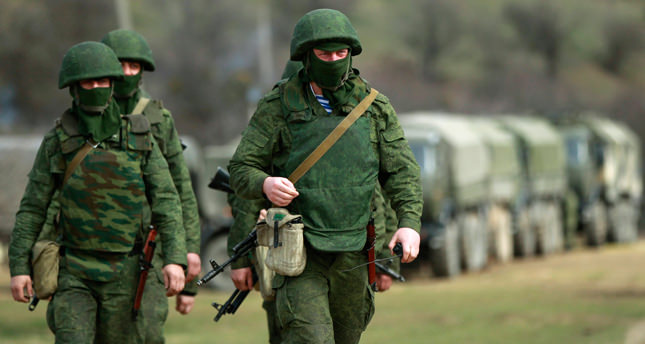 China says imposing Russia with sanctions, could lead to a dangerous chain reaction that would be difficult to control

BERLIN – China's top envoy to Germany has warned the West against punishing Russia with sanctions for its intervention in Ukraine, saying such measures could lead to a dangerous chain reaction that would be difficult to control.

In an interview with Reuters days before the European Union is threatening to impose its first sanctions on Russia since the Cold War, ambassador Shi Mingde issued the strongest warning against such measures by any top Chinese official to date.

"We don't see any point in sanctions," Shi said. "Sanctions could lead to retaliatory action, and that would trigger a spiral with unforeseeable consequences. We don't want this."

The interview was conducted on Wednesday, the same day that the EU agreed a framework for sanctions that would slap travel bans and asset freezes on people and companies accused by Brussels of violating the territorial integrity of Ukraine.

German Chancellor Angela Merkel, who has taken the lead in trying to mediate in the crisis, has said the measures, which mirror steps announced by the United States, will be imposed on Monday unless Russia accepts the idea of a "contact group" to resolve the crisis diplomatically.

Using her toughest rhetoric since the crisis began, she warned in a speech in parliament on Thursday that Russia risked "massive" political and economic damage if it did not change course in the coming days.

Russia's Deputy Economy Minister Alexei Likhachev responded by promising "symmetrical" sanctions by Moscow. But Shi urged patience, saying the door for talks shouldremain open even after a referendum on Sunday in which Ukraine's southern region of Crimea could vote to secede and join Russia. Merkel and other western leaders have denounced the referendum as illegal and demanded that it be cancelled.

"We still see a chance to avoid an escalation. The door to talks is still open. We should use this possibility, also after the referendum," Shi said.

Chinese President Xi Jinping, who will visit Berlin and other European capitals later this month, held separate phone calls on the Ukraine crisis with Merkel and U.S. President Barack Obama earlier this week.

But beyond urging restraint and dialogue, China has shown little public interest in becoming involved diplomatically, a stance that is in keeping with its low-key approach to many international crises.

Still, Ukraine presents Beijing with a dilemma. On the one hand it is a traditional ally of Moscow and has routinely sided with its northern neighbour in major international conflicts. On the other hand, the question of territorial integrity is a tricky issue for the Chinese because of Tibet and Taiwan.

If the West's confrontation with Russia over Ukraine worsens in the coming weeks, Xi's visit, the first by a Chinese president to Germany in eight years, risks being overshadowed by the crisis.

Before coming to Berlin, Xi is due to attend a nuclear security summit in the Netherlands which Obama, Merkel and dozens of other world leaders will attend. He is also due to visit Paris and Brussels.