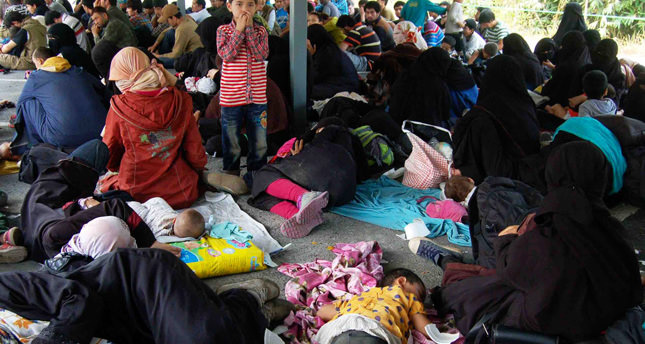 by Mar 13, 2014 12:00 am
THAILAND – Immigration police said yesterday that they had detained around 200 Uighur refugees who had been found at a "secret camp" in Thailand's south.

The people were reported to be living in two rubber plantations.

It was reported that they came as families and look like they wanted to go somewhere else because they kept their belongings ready to move.

However, Thailand has detained more than 500 Rohingya refugees during raids on a suspected peopletrafficking camp in the deep south, a predominantly Muslim region which has been plagued by a longrunning insurgency. Songkhla Governor Grisada Boonrach told the Anadolu Agency (AA): "Judging from their attire, it appeared that these people are Muslims. But their origin is yet to be established." Police told the Thai daily that they were waiting for an interpreter so they could begin questioning the detainees, who have not yet been charged with any crime.

A senior interior ministry official told the AA Thursday that he didn't think the "refugees" were Rohingya. "Their complexion is too light," he said and added, "Judging from their features... they could be coming from Central Asia." Officials said that the group comprised 123 males, 45 females and 52 people under the age of 18. Rohingya are Muslims who live predominantly in Rakhine state, a region of western Myanmar destabilized by frequent clashes between Buddhists and Muslims.

Since June 2012, the United Nations has said that outbursts of violence between Rakhine Buddhists and Rohingya have left 280 dead and displaced 140,000 people, mostly Rohingya, who are now living in squalid conditions in camps. Thousands of Rohingya have fled Western Myanmar on boats to go to Malaysia via southern Thailand. Over the last two years, there have been frequent discoveries by Thai authorities of large numbers of Rohingya kept in camps in southern Thailand by human traffickers, sometimes with the
involvement of Thai military or police.