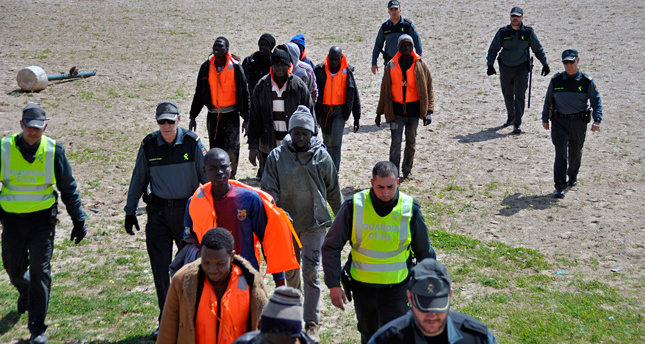 More than half of the would-be migrants succeeded in breaching the border fence, while the rest were stopped by security personnel whilst still on Moroccan soil.

Migrants have repeatedly tried to cross the border into the Spanish territories of Ceuta and Melilla on the northern coast of Africa in recent weeks, often climbing fences en masse to try to overwhelm border guards.

Meanwhile, the Italian navy said Tuesday it had rescued 596 migrants south of the island of Lampedusa in two separate operations conducted the previous day.

In the first rescue, 323 people were picked up, including 38 women and 54 children, mostly from Syria and the Palestinian territories.

There were 273 people on the second migrant vessel, including 65 women and eight children, mostly from Eritrea.

The migrants were said to be en route to mainland Italy.

The navy said it had rescued 10,134 people from the Mediterranean since mid-October, when Italy started the Mare Nostrum sea patrol operation. The operation was launched in response to the October 3rd shipwreck off the coast of Lampedusa in which 366 migrants died.