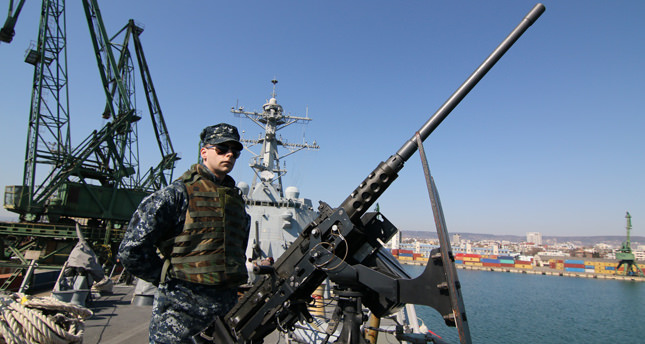 by reuters Mar 19, 2014 12:00 am
The Truxtun, a U.S. guided-missile destroyer has started a one-day military exercise with the Bulgarian and Romanian navies in the Black Sea on Wednesday, a U.S. Naval Forces official told Reuters on Wednesday.

Ukraine's Crimea peninsula juts into the north of the BlackSea. The U.S. military has described it as a "routine" deployment scheduled well before the crisis in Ukraine.

"There are many reasons for exercises with allies, it allows us an opportunity to assure our NATO allies that we support them," Shawn Eklund, a public affairs officer for U.S. Naval Forces Europe, told Reuters.