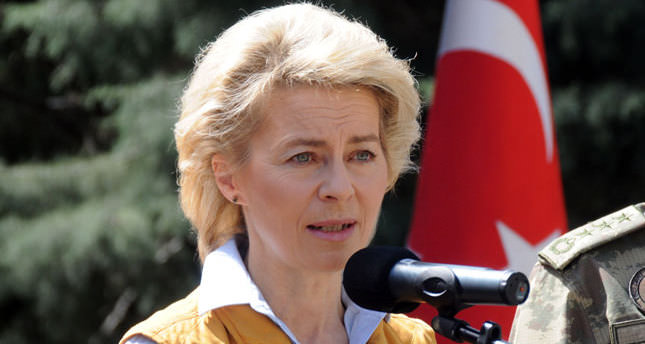 Shortly after arriving in the Turkish town of Kahramanmaraş on Monday evening, German Defense Minister Ursula von der Leyen commented that the international community "must not forget the people in need in this country," despite the fact that other crises had largely knocked Syria out of the headlines.

The German defense minister thanked Turkey for hosting in the high number of refugees who have fled the fighting in Syria. She also reminded that the international community needs to put an end to the bloodshed in Syria.

Leyen came to Turkey to visit German troops stationed in Kahramanmaraş as part of the NATO operation in which US, German, and Dutch Patriot defense systems have been deployed to protect Turkey from possible missile attacks from Syrian territory.

Tensions along the border were heightened on Sunday when Turkish forces shot down a Syrian fighter jet for violating Turkish airspace despite repeated warnings.