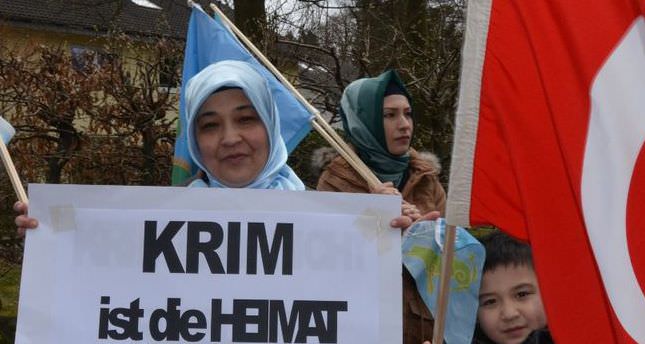 by AA Mar 25, 2014 12:00 am
ISTANBUL - Crimean Tatars in Turkey worry about the ongoing crisis in Crimea after the recent Russian annexation, fearing a repetition of history that saw around two million Tatars migrating to Ottoman Turkey for at least two hundred years.

The Crimean Tatars ordeal began in 1783 when the Russian empire annexed Crimea resulting in their migration to the Ottoman Empire that continued in waves over the ensuing years as the Crimean War of 1853.

Since the crisis in Crimea broke out, unrest has become the general consensus among the Crimean Tatar community around the world. Many now believe their nation in Crimea is once again being forced from its homeland at the hands of their Russian aggressors.