The world's largest free trade zone in the works 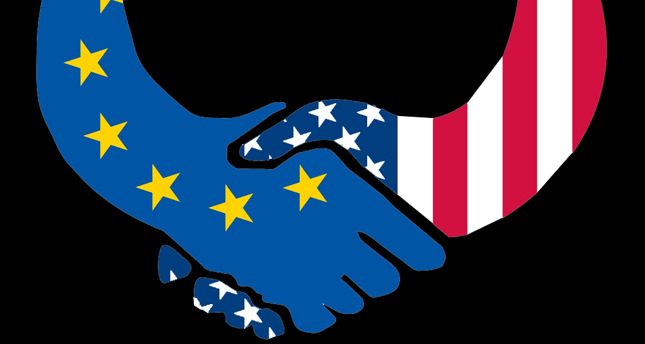 by Associated Press
Mar 26, 2014 12:00 am
BRUSSELS — President Barack Obama says the European Union and the United States should push ahead with negotiations to create what would be the world's largest free-trade zone. Obama said Wednesday concluding the free trade deal would also facilitate exports of natural gas from the U.S. to the 28-nation EU.

The EU relies heavily on Russia for gas supplies but the crisis following Moscow's annexation of Ukraine's Crimean Peninsula opened the prospect of Russia limiting gas shipments in retaliation against economic sanctions imposed by the West.

Obama said during a visit to the EU headquarters that a free trade agreement would mean shipments of liquefied gas to Europe "would actually be much easier." The U.S. and the EU combined account for almost half of the world's GDP and a third of world trade.
Last Update: Mar 26, 2014 5:19 pm