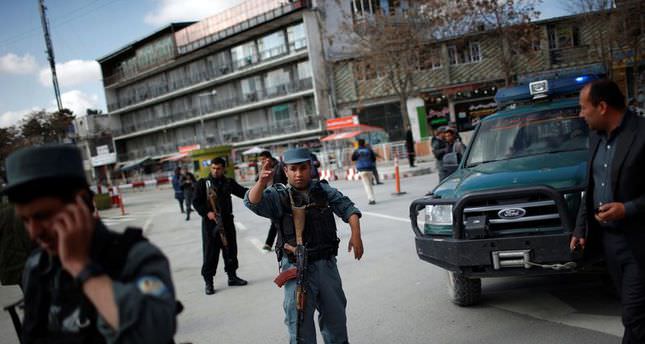 by Anadolu Agency Apr 02, 2014 12:00 am
KABUL — A Taliban suicide bomber blew himself outside Afghanistan's interior ministry in Kabul on Wednesday killing at least six policemen, according to Interior Ministry spokesman.


The attack came on the last day of campaigning for an election that is intended to mark the first democratic transfer of power in Afghanistan's history on April 5.

The bomber walked through several checkpoints to reach the ministry gate before detonating his explosives, an Interior Ministry statement said.

Within minutes of the blast, Taliban movement spokesman Zabihullah Mujahid claimed responsibility for the attack. It came soon after he issued a statement to journalists warning of more violence ahead of Saturday's presidential elections.

The movement have promised to do everything in their power to disrupt the elections process.