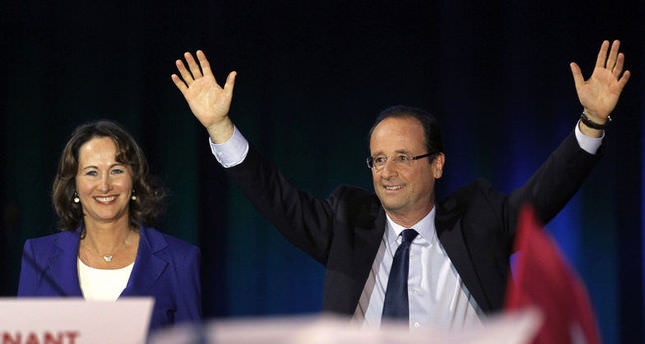 Royal, 60, was named minister of the environment, sustainable development and energy in part of a major cabinet reshuffle.
Hollande and Royal have four children, they were never married.

Royal split with Hollande shortly after she ran unsuccessfully against former president Nicolas Sarkozy in the 2007 presidential election.

French Foreign Minister Laurent Fabius and Defence Minister Jean-Yves Le Drian kept their posts, but the former finance minister was removed and his position split in two, with a finance minister and economy minister taking his place.