US: ‘G7 open to more sanctions on Russia’ 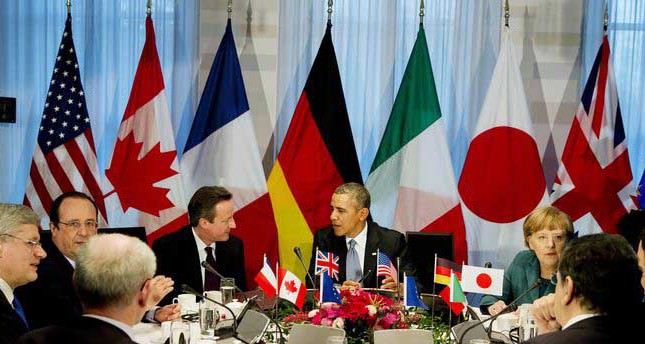 by Anadolu Agency
Apr 12, 2014 12:00 am
WASHINGTON — U.S. Treasury Secretary Jack Lew said the group of the world's leading rich nations which called as G7 will support increasing sanctions against Russia if Moscow escalates the crisis in Ukraine.

The G7 includes the United States, Canada, France, Germany, Italy, Japan and Great Britain. Top officials from the group met in Washington on Thursday and discussed the situation in Ukraine at length, Lew said.

Finance ministers and central bankers from around the world are in Washington for the spring meetings of the International Monetary Fund, according to a Reuters news agency report.

The United States and Europe have enacted sanctions against Russia in response to Moscow's annexation of Crimea, which until recently was part of Ukraine.