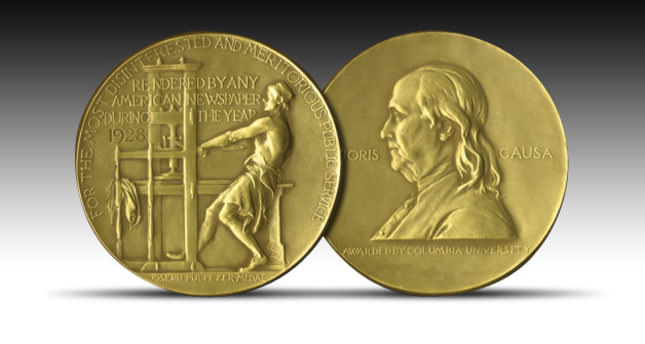 The British and American newspapers shared the award for public service journalism handed out by the Pulitzer committee at Columbia University in New York.

The US unit of the British newspaper was honored for "helping through aggressive reporting to spark a debate about the relationship between the government and the public over issues of security and privacy," the committee said.

It recognized The Post for its "authoritative and insightful reports that helped the public understand how the (NSA) disclosures fit into the larger framework of national security."

The shared award went to the two newspapers credited with breaking the news about NSA surveillance programs, without specifically citing the journalists involved.

The reporters who played key roles in the story included Glenn Greenwald, who has since left the Guardian, and colleague Ewen MacAskill. Barton Gellman, who already has two Pulitzers, was the writer of most of the Washington Post reports.

Laura Poitras, a documentary filmmaker who was the point of contact for Snowden, had the unusual distinction of sharing bylines in both the Guardian and the Post on the topic.

Among the other Pulitzers, The Boston Globe staff won the breaking news award "for its exhaustive and empathetic coverage of the Boston Marathon bombings and the ensuing manhunt that enveloped the city, using photography and a range of digital tools to capture the full impact of the tragedy."