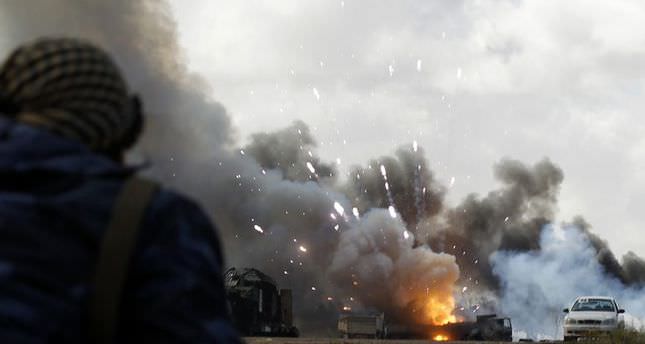 by Apr 30, 2014 12:00 am
BAGHDAD — Fifteen people were killed and eighteen injured yesterday in a twin bombing north-east of Baghdad a day before Iraqis go to the polls to elect a new parliament, Alsumaria television reported.

The bombs went off in a marketplace in Saadiyeh village, 110 kilometers from the capital, the broadcaster reported on its website, citing district director Ahmed al-Zarkoushi.

Saadiyeh lies some 30 kilometres from Khanaqin, where a suicide bomber killed 18 people when he blew himself up Monday night, targeting a group of supporters of Iraqi President Jalal Talabani, according to Alsumaria.

The crowd was celebrating a rare public appearance by Talabani, who is also leader of the Patriotic Union of Kurdistan.

A video released by the party Monday showed Talabani in a wheelchair, casting his vote in Berlin, where he has been receiving medical care since suffering a stroke in December 2012.

More than 1 million Iraqis voted on Monday, including members of the army and police forces, as well as civilians in prison and hospitals. The remainder will vote on Wednesday, and an embargo on campaigning went into effect overnight.