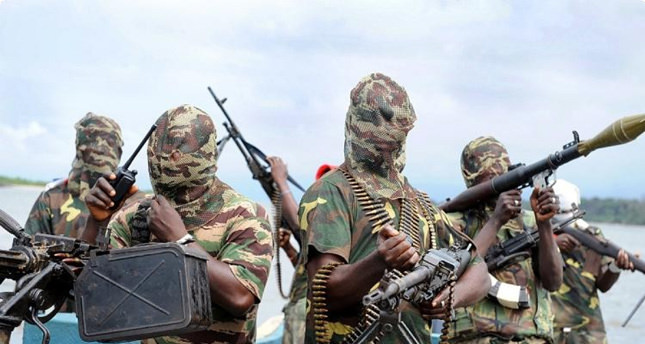 by Daily Sabah with Agencies Jun 24, 2014 12:00 am
Militants have attacked a village in Nigeria's restive northeast Borno State, killing scores of people and abducting 60 girs and 31 boys on Tu

"Reports from the area indicates that the insurgents also killed about thirty people and destroyed properties worth millions of naira during an attack on the community," the NTA reported, quoting local sources as saying.

The medium said the incident has sparked exodus from the community and its environs.

Spokesman for local Borno government Isa Gusau told AA he doesn't have any information about the reported incident yet. Repeated calls to defense spokesman Chris Olukolade were not responded to.

On April 14, Boko Haram militants abducted dozens of schoolgirls in Chibok village of Borno. Only about 54 of the girls have returned, while authorities say about 219 remain missing.

The group's leader Abubakar Shekau has owned up to the mass abduction in recent videos, offering to swap the girls for militants in Nigerian prisons.

In the five years since, the shadowy sect has been blamed for numerous attacks-on places of worship and government institutions-and thousands of deaths.