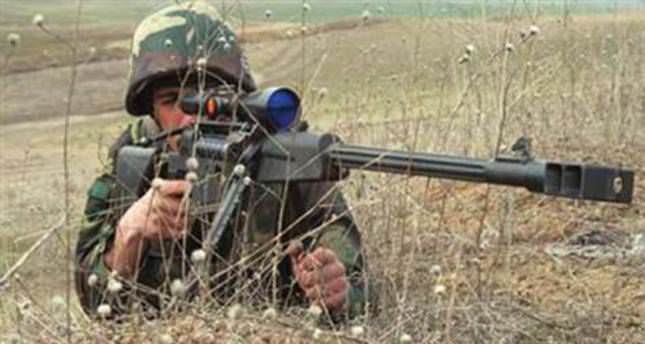 by AA Aug 01, 2014 12:00 am
Eight soldiers from the Azerbaijani army have reportedly been killed in a clash on the Armenia-Azerbaijan border on Friday.

The Azerbaijani Ministry of Defense said Armenian reconnaissance troops were spotted while attempting to reach Azerbaijani positions in the towns of Aghdam and Terter.

Armenia and Azerbaijan have been at war for more than 20 years over the disputed territory of Nagorno-Karabakh, which lies in Azerbaijan but has an ethnic-Armenian majority.

Armenian soldiers withdrew when they experienced losses; although the ministry did not give information about the number of casualties, Azerbaijani news agency APA claimed that eight soldiers had died.

In another statement from the Ministry of Defense one Azerbaijani casualty was identified as 36-year-old Isa Almazov.