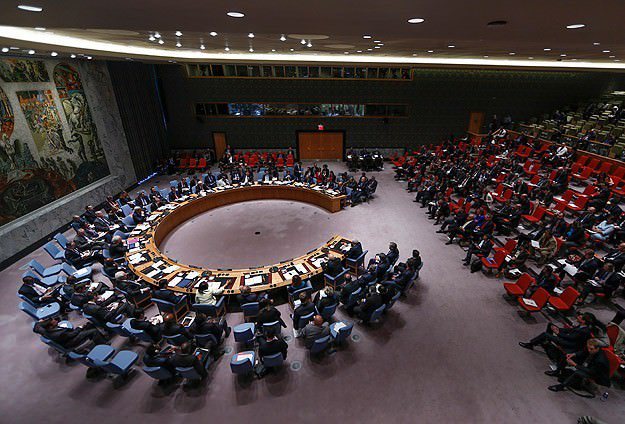 by Sep 24, 2014 12:00 am
A United Nations Security Council committee blacklisted on Sept. 23 more than a dozen foreign extremist fighters, fundraisers and recruiters tied to militant groups in Syria, Iraq, Afghanistan, Tunisia and Yemen, including a senior leader of the self-proclaimed Islamic State of Iraq and al-Sham (ISIS).

Individuals from France, Saudi Arabia, Norway, Senegal and Kuwait are among those targeted by the Security Council's al Qaeda sanctions committee for an arms embargo, global travel ban and asset freeze.

France submitted three of the individuals to the committee, while the United States proposed 11 individuals and the groups Ansar al-Sharia in Tunisia, which has links to al-Qaeda in the Islamic Maghreb and has recruited Tunisian youth to fight in Syria, and the al-Qaeda-linked Abdallah Azzam Brigades.

The U.N. action coincides with the expected adoption on Sept. 23, at a meeting due to be chaired by U.S. President Barack Obama, of a U.N. Security Council resolution to suppress foreign extremist fighters.

It also comes as Obama builds an international coalition to fight ISIS militants, who have captured swaths of territory in Syria and Iraq and urged followers to attack citizens of various countries.

One individual sanctioned by the U.N. committee is Abd al-Rahman Muhammad Mustafa al-Qaduli, an Iraqi who is a senior ISIS leader in Syria and previously served as a deputy to al-Qaeda in Iraq leader Abu Musab al-Zarqawi.

Also blacklisted is Norwegian Anders Cameroon Ostensvig Dale. He is described as a member of al-Qaeda in the Arabian Peninsula who made several trips to Yemen where he was trained to make bomb belts, improvised explosive devices and car bombs.

"Dale's ability to travel to many countries without visa restrictions has the potential to be used by AQAP to carry out an attack in those countries," according to the U.N. listing.

The U.N. committee also added Shafi Sultan Mohammed al-Ajmi, a Kuwaiti who is described as an active fundraiser for Nusra Front and "operates regular social media campaigns seeking donations for Syrian fighters," according to the listing.

Diplomats said the Security Council has agreed a U.S.-drafted resolution, to be formally adopted on Wednesday, that aims to "prevent and suppress the recruiting, organizing, transporting or equipping" of people to perpetrate, plan, prepare or participate in extremist attacks.

The resolution generally targets foreign extremist fighters traveling to conflicts anywhere in world, but it has been spurred by the rise of ISIS and al-Nusra Front in Syria and Iraq.

Some 12,000 fighters from at least 74 countries have traveled to Syria and Iraq to fight with extremist groups, experts have said.

The draft resolution is under Chapter 7 of the U.N. Charter, which makes it legally binding for the 193 U.N. member states and gives the Security Council authority to enforce decisions with economic sanctions or force. The draft text, however, does not mandate military force to tackle the foreign fighter issue.