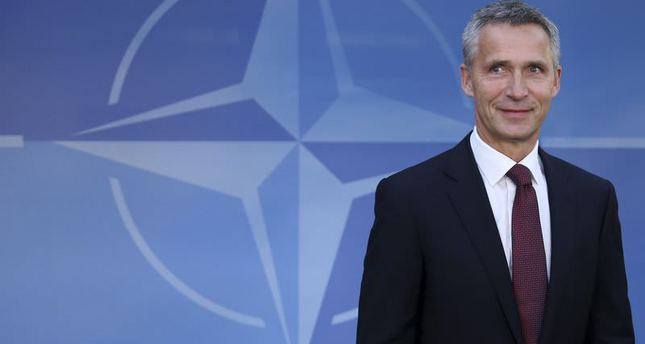 Former Norwegian Prime Minister Jens Stoltenberg said on his first day as the NATO Secretary General that he will visit Turkey on October 8-10.

The former two-term Norwegian Prime Minister started to work on Wednesday as NATO's secretary-general, the 13th in the trans-Atlantic organization's 65-year existence.

The transition comes as the alliance prepares to launch a new mission in Afghanistan and faces tensions with Russia over the Ukraine crisis.

The ceasefire in Ukraine offers an opportunity but Russia still has the power to destabilize the country, Jens Stoltenberg said on Wednesday.

"The ceasefire in Ukraine offers an opportunity but Russia maintains its ability to destabilize Ukraine. Russia remains in breach of international law," Stoltenberg told at the news conference.

Stoltenberg also held out an olive branch to Russia, saying he saw no contradiction between aspiring for a constructive relationship with Russia and being in favour of a strong NATO.