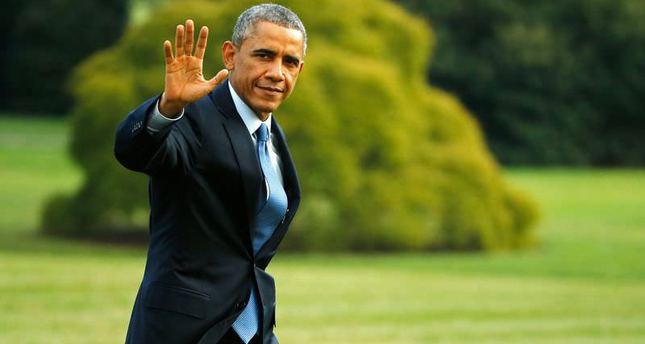 by AA Oct 04, 2014 12:00 am
President Barack Obama and first lady Michelle Obama extended greetings to Muslims and congratulated them on the annual pilgrimage, a day before the celebration of eid.

"Muslim Americans are among the millions of pilgrims joining one of the world's largest and most diverse gatherings," Obama said in a statement. "Hajj brings together Muslims from around the world -Sunni and Shiite- to share in reverent prayer, side by side."

Beginning Saturday, Muslims will celebrate Eid al-Adha, also known as the "Feast of the Sacrifice," which celebrates the prophet Abraham's willingness to sacrifice his son. It is the second of two religious holidays celebrated by Muslims and marks the last day of the Hajj for the faithful where millions of pilgrims pour to Mecca and Medina in Saudi Arabia.

"On Eid, Muslims continue the tradition of donating to the poor and joining efforts with other faith communities in providing assistance to those suffering from hunger, sickness, oppression, and conflict," Obama said in his statement.

"Their service is a powerful example of the shared roots of the world's Abrahamic faiths and how our communities can come together in shared peace, with dignity and a sense of justice."