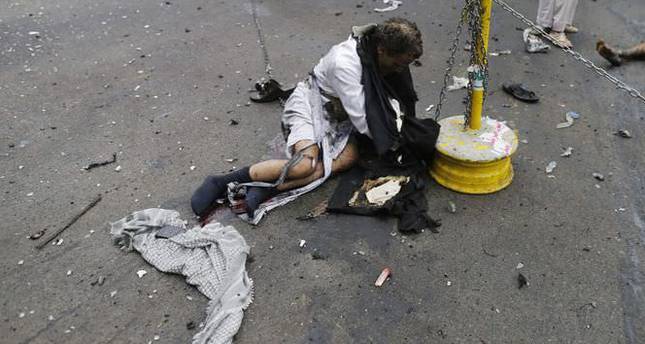 "A bomber blew himself up while being searched by Houthis near a bank building [in the Tahrir Square]," a security source told the Turkish state-run press agency AA.

According to the sources, 32 were killed in the attack.

Tension has been high in Sanaa since Houthis seized control of the Yemeni capital late last month following weeks of protests and clashes with army forces.

Houthis have called protests in the Tahrir Square on Thursday against the appointment of Ahmed bin Mubarak, the director of President Abd Rabbuh Mansour Hadi's office, as the country's prime minister.

Houthis have described bin Mubarak's appointment as a "dictation" by Washington, prompting the latter to decline the post.