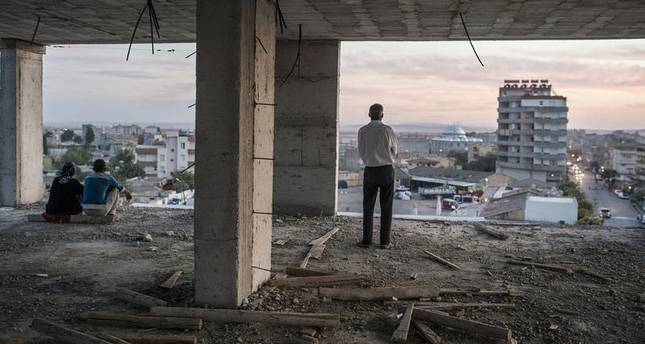 by Oct 09, 2014 12:00 am
Kurdish forces appear to be holding out against ISIS militants in the Kurdish populated, Syrian border town of Kobani, the U.S. military said on Thursday, following fresh U.S. airstrikes in the area against a militant training camp and fighters.

"U.S. Central Command continues to monitor the situation in Kobani closely. Indications are that Kurdish militia there continue to control most of the city and are holding out against ISIS," it said.

The statement comes as a monitoring group said on Thursday the U.S.-led airstrikes have failed to halt the advance of ISIS forces, who it said have seized more than a third of Kobani, near the Syrian border with Turkey.

The five latest U.S. airstrikes, conducted Wednesday and Thursday, damaged an ISIS training camp and destroyed one of the militant group's support buildings as well as two vehicles, U.S. Central Command said. They also hit one large unit and one small unit of militant fighters, it added.

The U.S. bomber, fighter and remotely piloted aircraft used in the attacks left the area safely, according to the statement.