US Senators agree with Erdoğan that Assad regime must leave power 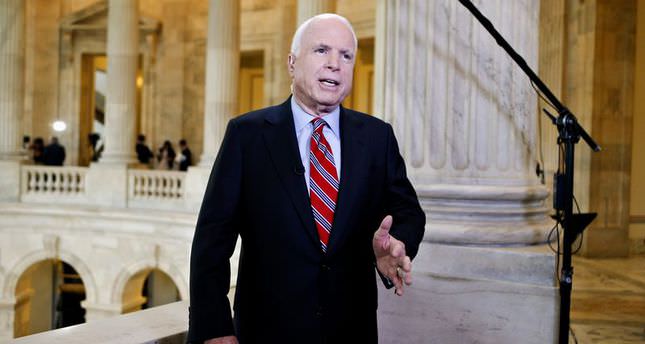 by Daily Sabah Oct 10, 2014 12:00 am
U.S. Senators John McCain and Lindsey Graham have released a statement on Thursday that they agree with Turkey's strategy on ISIS according to which Assad regime must fall for the extremist group to be destroyed in the region.

"The growing criticism of Turkey for not acting to save Kobani does not reflect the reality on the ground that both ISIS and Bashar al-Assad must be defeated," the statement read.

The senators said, Turkey should play a greater role in the fight against the militant group ISIS. The statement further added, U.S. President Obama should adopt a strategy in line with the Turkish government's argument which indicates the solution to end the ongoing conflict in Syria can only be established through Assad leaving power.